Home Lifestyle Behind the Art: What makes ‘Portrait of Dr Gachet’ one of Van...

Every artist needs a muse. In Dutch painter Vincent van Gogh’s case it was his homeopathic doctor and artist Dr Paul-Ferdinand Gachet. In 1890, a few weeks before his death, the artist painted two portraits of Dr Gachet. The first version of the portrait was sold at an auction in 1990 for $82.5 million ($154.8 million today), making it the most expensive painting ever sold until Portrait of Adele Bloch-Bauer I by Gustav Klimt surpassed the selling price in 2006. The first portrait was bought by a Japanese businessman who once said the painting will be burnt with his body, but this did not happen when he died and the painting quietly returned to Europe. The second portrait was given to Dr Gachet and now hangs at the Musée d’Orsay, Paris. The painting gained popularity over time and is considered a revolutionary masterpiece. But what is the real story behind the art? Where is the lost first Portrait of Dr Gachet? Does the painting hold answers as to why Van Gogh died by suicide a short time after finishing it?

The doctor and the patient

After cutting off his ear, Van Gogh spent a year confined in a mental asylum. His brother, knowing how much art helped in his recovery process, helped him find a place to stay in the village of Auvers. Van Gogh was then introduced to Dr Gachet who was an amateur painter as well as a physician. Dr Gachet was known for having famous artists as patients such as Manet, Renoir and Pissarro. His interest also lay in treating mental illnesses, and he believed that Van Gogh was not ‘mad’ and was easily curable. The doctor provided mostly herbal remedies. Van Gogh was not initially impressed and once wrote to his brother saying, “I think we must not count on Dr Gachet at all. First of all, he is sicker than I am.”

Over time, the artist formed a bond with the doctor and started considering him a close friend. He started working on his portrait, through which he began to project his fragile mental state onto his sitter. He transformed the doctor into a patient by showing a haunted gaze. He described the gaze as “sad yet gentle, but clear and intelligent”. The composition of the painting is quite simple yet intriguing. Van Gogh painted the doctor resting his right elbow on a red table, head in hand. There are two yellow books and a purple medical help foxglove displayed on the table which is used to treat certain health ailments. The sitter has a heartbroken expression, which Van Gogh described as an “expression of melancholy which would seem to look like a grimace to many who saw the canvas.” Dr Gachet was impressed by the first portrait, and thus, Van Gogh made a second one using different shades of blue and red. 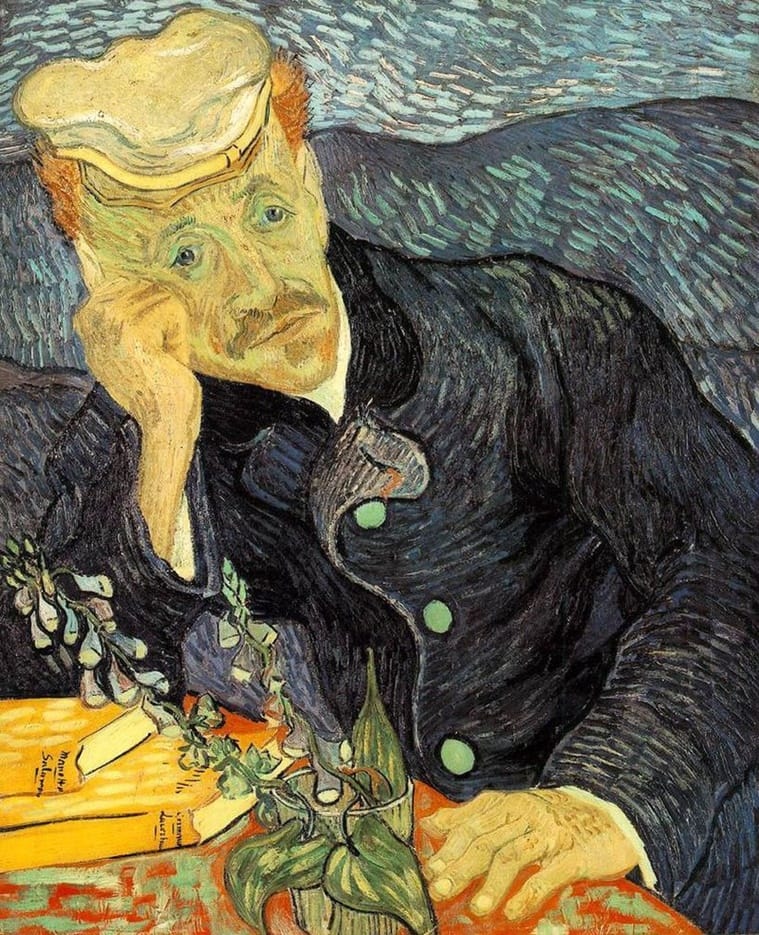 Van Gogh painted the doctor resting his right elbow on a red table, head in hand. There are two yellow books and a purple medical help foxglove displayed on the table. The sitter has a heartbroken expression, which Van Gogh described as an “expression of melancholy which would seem to look like a grimace to many who saw the canvas.” (Photo: Wikipedia.org)

During his 70-day stay at the village, Van Gogh finished one painting a day — all encouraged by the doctor, who believed that Van Gogh was completely healed and had a lot of artistic potential, and thus told him not to focus on his health issues at all. Tragedy struck one day and Van Gogh shot himself. Dr Gachet continued to be in touch with the artist’s family and always praised him. Although he had the family’s love, the art world did not view him in a positive light.

Over time, several critics and art lovers have blamed Dr Gachet for the untimely death of the beloved Dutch artist. It is said that instead of helping Van Gogh, the doctor used home-grown potions and elixirs and allegedly overdosed the artist with digitalis from the foxglove plant in his portrait. Some accused him of profiteering from his patients and of acquiring several artworks of Van Gogh after his death. Conspiracy theories also claim the doctor was envious of the artist and did not want his mental condition to improve. Several scholars now claim that Van Gogh never shot himself — the doctor shot him — or it was a case of an accidental shooting. Theories also suggest Van Gogh was attracted to Dr Gachet’s daughter and the doctor had to take the extreme step to stop his advances. Due to several such conspiracy theories, the legacy of Dr Gachet is tainted and it becomes difficult to admire him as a ‘close friend’ of the artist. 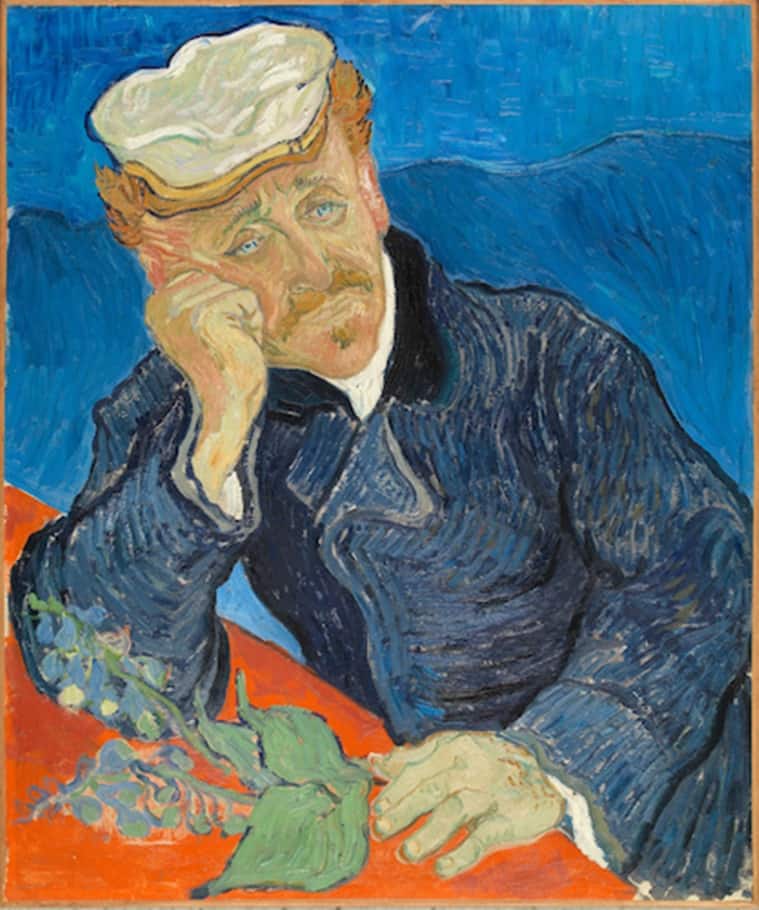 The second portrait was given to Dr Gachet and now hangs at the Musée d’Orsay, Paris. The painting gained popularity over time and is considered a revolutionary masterpiece. (Photo: musee-orsay.fr)

The mysterious disappearance of the portrait

Vincent van Gogh’s first Portrait of Dr Gachet disappeared after it was sold at Christie’s in 1990. The buyer was a 75-year-old Japanese businessman, who later said he would have the picture burnt with his body. He later said he might give the painting to the Japanese government or a museum. The painting disappeared after his death in 1996. No one knows about the exact location or ownership of the portrait. Certain reports claimed the painting was sold to the Austrian-born investment fund manager Wolfgang Flött. The Städel Museum in Frankfurt hired private investigators to locate the painting to showcase it at an exhibition in 2019, but failed. Now, there is just the original frame of the painting at the museum with no painting.

Portrait of Dr Gatchet has made its place in the most expensive paintings ever sold. Although the first version of it remains missing, it continues to attract millions of art lovers from across the globe. It is often considered a ‘modern portrait’, something which Van Gogh wanted to explore more before his untimely death. It is the artist’s state of mind and the muse that makes this painting so memorable. Despite the complicated relationship between the doctor and the patient, Van Gogh gifted the art world several masterpieces that continue to have a big impact.

Next Up in Behind the Art: Why is The Old Guitarist one of the most haunting pieces created during Pablo Picasso’s blue period? Why is it considered priceless today?