Camilla, the Duchess of Cornwall, will celebrate her 75th birthday Sunday, marking the occasion with a small family dinner at Prince Charles’ Highgrove estate in southwest England.

The big occasion follows British broadcaster ITV’s release of a documentary about the duchess’s stint as guest editor of Country Life, during which she helped produce a special edition celebrating the magazine’s 125th anniversary. In a personal tribute, Camilla selected Charles, her husband, as one of her rural heroes.

“It’s not easy to write about your husband,” she said in the film. “I bit through several pencils.” Britain’s Prince Charles and his wife Camilla the Duchess of Cornwall, arrive in the Norman Porch at the Palace of Westminster and the Houses of Parliament for the State Opening of Parliament ceremony in London, Oct. 14, 2019. (AP Photo/Matt Dunham, Pool, File)

The milestone birthday comes at a time when the monarchy, and Camilla’s place in it, are in a generational transition. As the 96-year-old Queen Elizabeth II soldiers on during her twilight years, other members of the royal household are taking on new roles with more responsibilities.

Six months ago, in a statement marking her 70 years on the throne, Queen Elizabeth II expressed her “sincere wish” that Camilla would be known as “Queen Consort” when her son succeeds her. With those words, Elizabeth sought to answer once and for all questions about the status of Camilla, who was initially shunned by fans of the late Princess Diana, Charles’ first wife.

The queen’s statement marked a big moment in Camilla’s transformation from the “third person” in the marriage of Charles and Diana to consort in waiting. Once blamed for the marriage’s disintegration, the public has grown to accept her in the years since she married Charles in 2005. 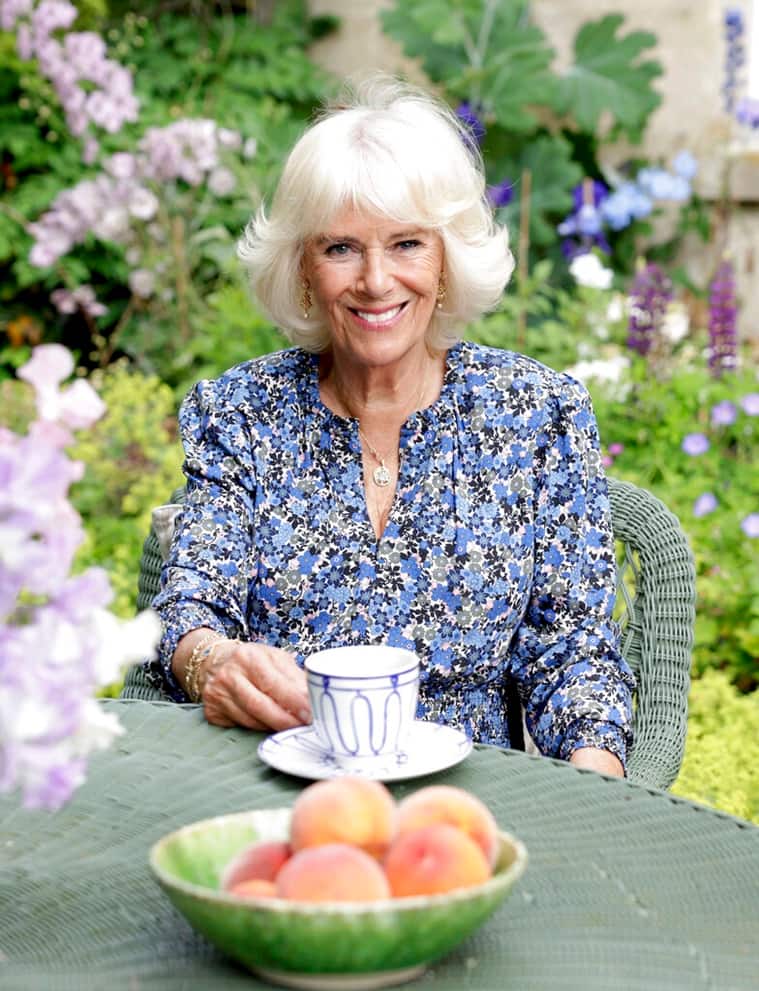 In this undated photo provided by Clarence House, Camilla, Duchess of Cornwall, poses for an official portrait to mark her 75th birthday, at her home in Wiltshire, England. (Chris Jackson/Clarence House/PA via AP)

She’s taken on roles at more than 100 charities, focusing on a wide range of issues including promoting literacy, supporting victims of domestic violence and people who have osteoporosis. Known for having a wicked sense of humor, she has softened Charles’ stuffy image and made the heir to the throne seem less remote and more accessible.

“I do think there has been an amazing transformation in terms of her public persona. She has definitely been groomed. … She can even look a touch glamorous sometimes,” said Pauline Maclaran, author of “Royal Fever: The British Monarchy in Consumer Culture.” “She’s always very smartly turned out but appropriate for her age. Not so fuddy-duddy as she used to be.”

Camilla alluded to her approach to royal life earlier this week during a champagne reception and sea bass lunch sponsored by The Oldie magazine, which honored her birthday. 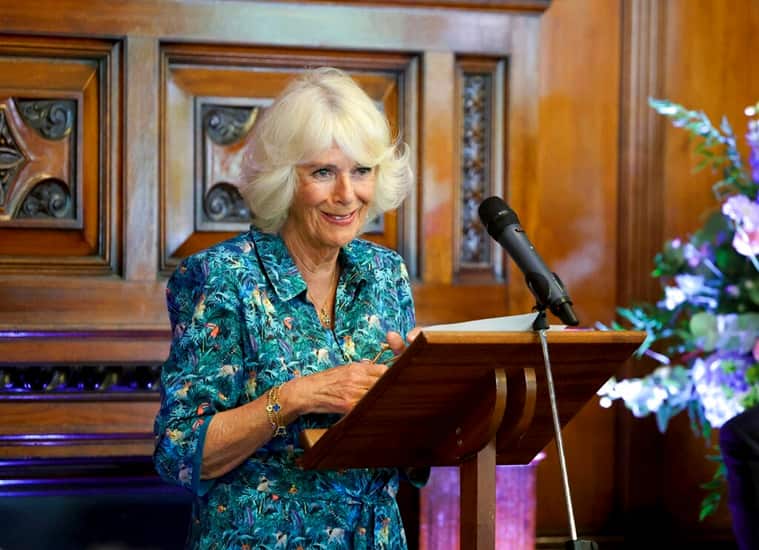 Camilla during The Oldie Luncheon, in celebration of Camilla’s 75th Birthday at National Liberal Club in London, Tuesday, July 12, 2022. (Chris Jackson/Pool via AP)

In a nod to the magazine’s target audience, the duchess noted that she was born in 1947, the same year that Elizabeth married her late husband, the Duke of Edinburgh. She paid tribute to him, and pledged to emulate his example.

“The Duke of Edinburgh’s philosophy was clear – look up, look out, say less, do more and get on with the job,” she said. “And that’s just what I intend to do.”