A China-based study, which tracked over 1,000 Covid-19 recovered patients aged 60 years and above for a year, has found that their cognitive abilities have declined and pushed them towards dementia.

Looking at changes in these patients after their hospital discharge, it has reported that 21 per cent of those with severe cases in this cohort experienced progressive cognitive decline, suggesting that Covid-19 can cause long-lasting damage than previously thought. The study notes that its findings imply “that the pandemic may substantially contribute to the world dementia burden in the future.”

How was cognitive decline measured?

With pre-infection cognitive status not available for the participants, researchers mapped each patient for the first six months after discharge, using family informants as a base. They circulated the Chinese version of the Informant Questionnaire on Cognitive Decline in the Elderly (IQCODE), which contains 16 items that rate changes in memory and other cognitive domains in a scale of five, with 1 indicating “much improved” and five indicating “much worse.” For the study, cognitive decline was defined as a mean item score of 3.5 or higher.

Cognitive changes over the second six-month period post-discharge were assessed by changes in TICS-40 scores between six and 12 months. A decrease of three or more points was defined as clinically meaningful cognitive decline. Telephone interviews were conducted to assess cognition by using the Chinese version of the Telephone Interview of Cognitive Status-40 (TICS-40), which comprises 10 questions with a maximum score totalling to 40. 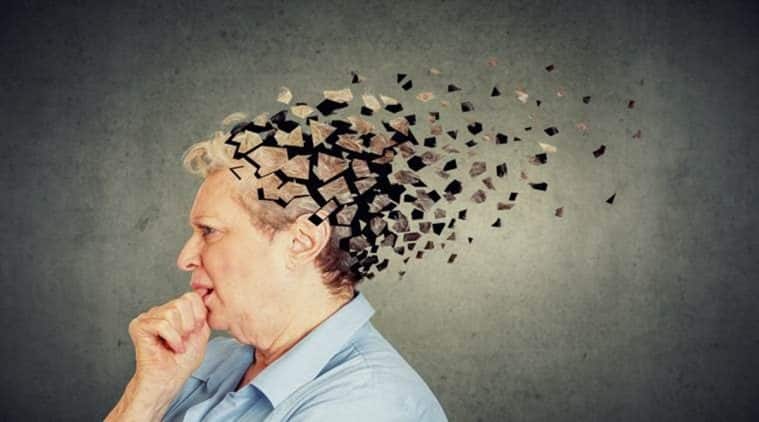 Why is the study significant and what have earlier studies found?

While several studies have found that Covid-19 is associated with an increase in risk of being diagnosed with dementia within six months after infection, most studies so far have been small-scale (such as a Denmark study of 29 patients in March 2021) and have not had a year-long follow-up period (A US-based retrospective study from November 2020 of 62,354 Covid-19 patients that looked at psychiatric disorders reported up to three months after contracting the infection) that can help us understand the long-term COVID-19 impact on cognitive decline and the resultant dementia burden. Most studies, including one UK-based study published in The Lancet in April 2021, had a six month follow-up period.

Moreover, the China-based study, by comparing across various time-periods, establishes the progressive cognitive changes seen in those who reported severe and non-severe Covid-19 infection. The latest study notes that “Covid-19, especially severe Covid-19, may be associated with long-term cognitive impairment.”

Studies on the impact of Covid-19 on brains continue across the world. These include a small-scale Amsterdam-based study of targeted 20 recovered individuals, which commenced in February this year. The study is looking at neuroinflammation through PET scans, brain MRI and psychiatric evaluation to look at cognitive conditions and better understand the pathophysiological mechanisms of the virus.

Who were the study participants and who were not?

Recovered patients or control participants were not included if they had self-reported or diagnosed cognitive impairment prior to Covid-19 infection, if they had a family history of dementia in first-degree relatives, if they had a concomitant neurological disorder potentially affecting cognitive function, or if they had severe cardiac, hepatic, kidney diseases or any kind of tumour.