Priyanka Chopra and her husband Nick Jonas have managed to keep their daughter’s face hidden on social media to protect her privacy.

But that has not stopped them from sharing snippets of some adorable moments spent with her — whether it is on a hike, or in the pool. In all the photographs, the little one’s face is invariably obscured by a little white heart emoji.

The Quantico star, who welcomed her daughter Malti Marie Chopra Jonas — fondly called ‘MM’ by her parents — via surrogacy earlier this year, took to Instagram once again to share some intimate moments spent at home, with the little one spending time with their dogs and just being the cutest baby.

In one of the pictures, MM was seen reading a book, or at least attempting to read! She had a little bow-shaped headband on her head and appeared to look at a picture book. “Sundays are for reading,” her mother wrote along with the photo. In another photo, she was surrounded by her toys, but most importantly the family dogs, who kept her company and relaxed next to her, as MM kept herself busy with the cute objects hanging around her. “All my babies. Perfect Sunday,” Chopra wrote. A third photo showed MM is a classic white t-shirt that was customised with the silhouettes of the family dogs Gino, Diana and Panda. We love how she is already a fashionista, much like her mother! 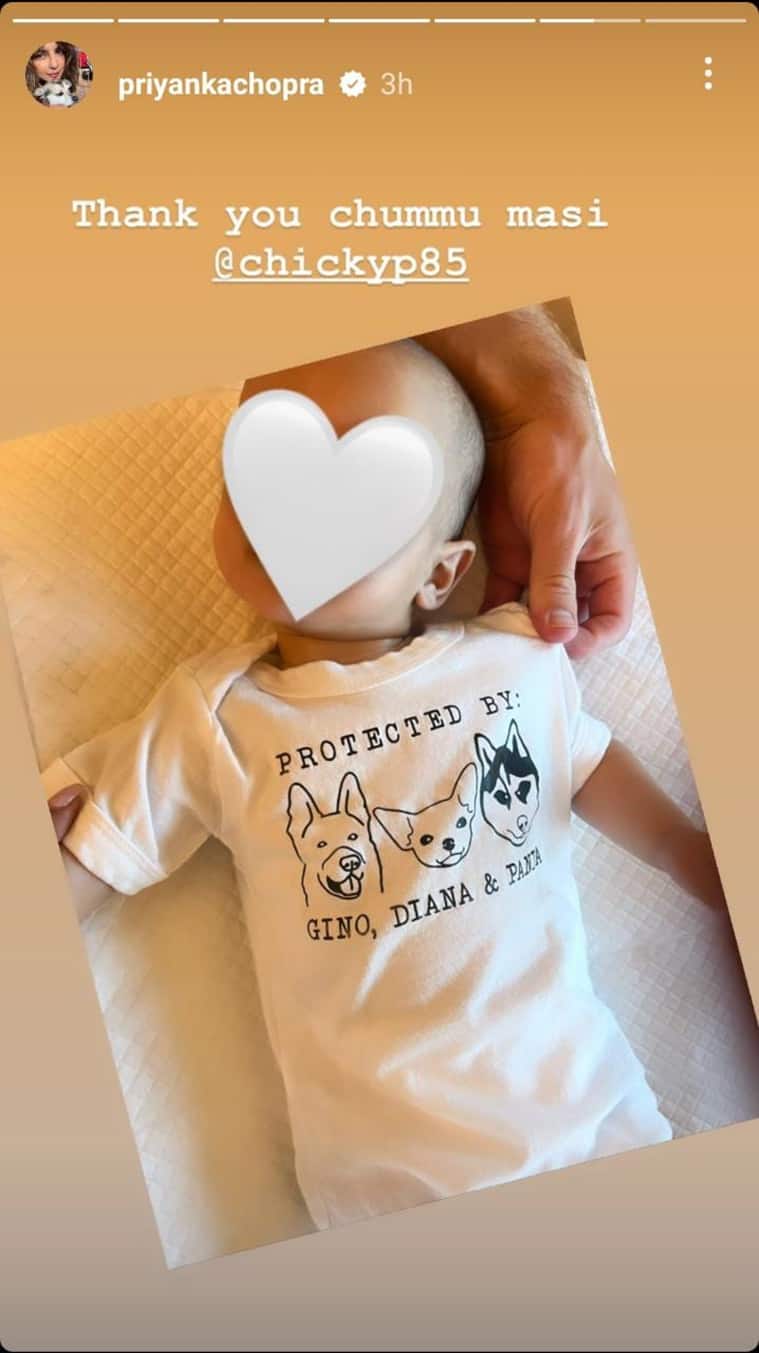 MM had a difficult start to life, when she had to spend more than 100 days in the NICU owing to a premature delivery. Her father Nick Jonas had previously confirmed that she was doing quite well and is healthier, telling Entertainment Tonight that the couple is overjoyed to be parenting her. “It is certainly life-changing,” he had said about fatherhood. “[Malti] is amazing. It brings me a lot of joy.”