Concerned about how Indonesian students with hearing impairments often miss out on religious education, cleric Abdul Kahfi founded an Islamic boarding school to help them study and recite scripture from the Koran using sign language.

Opened in 2019 in the city of Yogyakarta in central Java, the Darul A’shom school now has 12 staff and teaches 115 students aged between seven and 28 years from across the world’s biggest Muslim-majority country.

Abdul hopes the school will make it easier for future generations to learn about Islam.

“Nowadays hearing-impaired adults barely know religion in depth because from school age they have never learned about it,” said the cleric, noting how interest in his school had spread quickly.

In Indonesia, the curriculum in public schools provides limited religious teaching to children with special needs, starting at the age of eight or nine rather than at kindergarten as is the case for many other students. 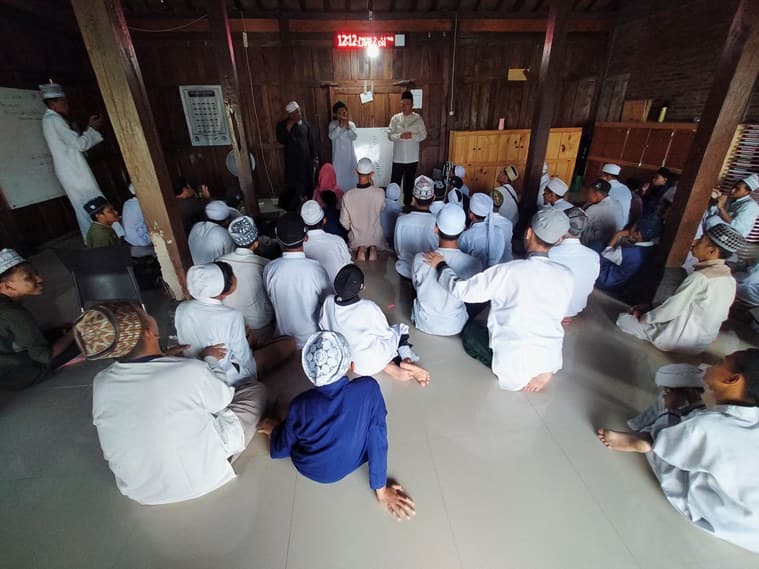 Students attend a class at a boarding school for hearing-impaired children, where they learn the holy scripture of Koran and recite in sign language, in Yogyakarta. (REUTERS/Budi Satriawan)

Only three out of 10 children with disabilities in Indonesia are able to go to school, according to a survey by the United Nations children’s agency (UNICEF).

Hearing-impaired students typically take about five years to learn to recite and memorise the Koran at the school.

“Now I am able to read and memorise 30 juz (parts) of the Koran,” said Muhammad Farhad, a 10-year-old student, who said he wanted to become a cleric one day so he can pass on his knowledge to others.

Indonesia has tens of thousands of Islamic boarding schools and other religious schools that often provide the only way for children from poorer families to get an education.