A fashion designer, actor, and entrepreneur, Masaba Gupta dons many hats. The 33-year-old who carved a niche for herself in the fashion industry, clapped back at a troll who body-shamed her after she posted pictures on Instagram.

Masaba posted a screenshot of the comment which read, “You look so bad… It’s an irony that you are in the fashion and entertainment industry.”

Giving an ace reply to the troll, she put up a story on Instagram, “That’s cute. Let’s be clear being in any industry has to do with talent. Crazy hard work. Wild discipline. Yes? Yes. As for my face, that’s just a pretty bonus (as is my mind that is as sharp as a knife and your bullshit wouldn’t get past it even if you tried).” 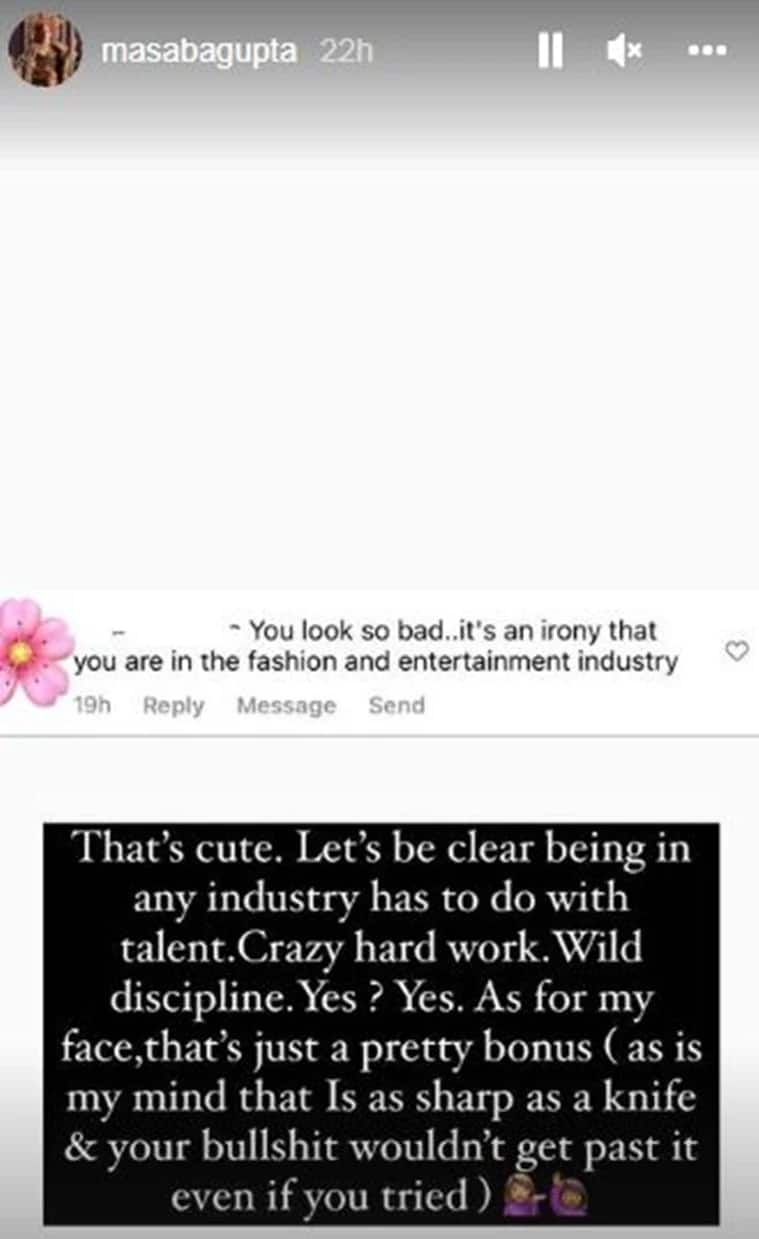 After a few hours, Masaba posted a small clip on Instagram stories, and captioned it, “Ugh. So beautiful I was born in the wrong era.”

From body-shaming to getting bashed for their fashion choices, Bollywood celebrities have been trolled for various reasons.

Recently, Kriti Sanon too opened up about body shaming. The actor revealed that she was asked to make her lips fuller and has been criticised for her nostrils flare up and gummy smile.

In an interview, ‘The Dirty Picture’ actor Vidya Balan talked about how her weight became a national issue. She also said that she was always a fat girl with hormonal issues. Sonakshi Sinha too gets trolled for her body weight. The actor, however, decided to bravely face the trolls and shared an anti-body shaming video on her social media account. She said, initially it used to hurt her but then with time she started to ignore them.

In 2014, Anushka Sharma drew flak from netizens who speculated that she had gone under the knife when she appeared on Karan Johar’s chat show. Anushka responded to trolls and wrote an open letter on social media in which she denied doing any plastic surgery.