“It just happened,” said Preeti Maske who recently set a Guinness World Record after covering 430 km in a solo cycle ride from Leh to Manali via the highest motorable road, Umling La, in a span of 55 hours, 12 minutes, a first for any woman.

Ask her how she plans to celebrate, and the 45-year-old said that she is already “planning the next ultra cycling expedition”. 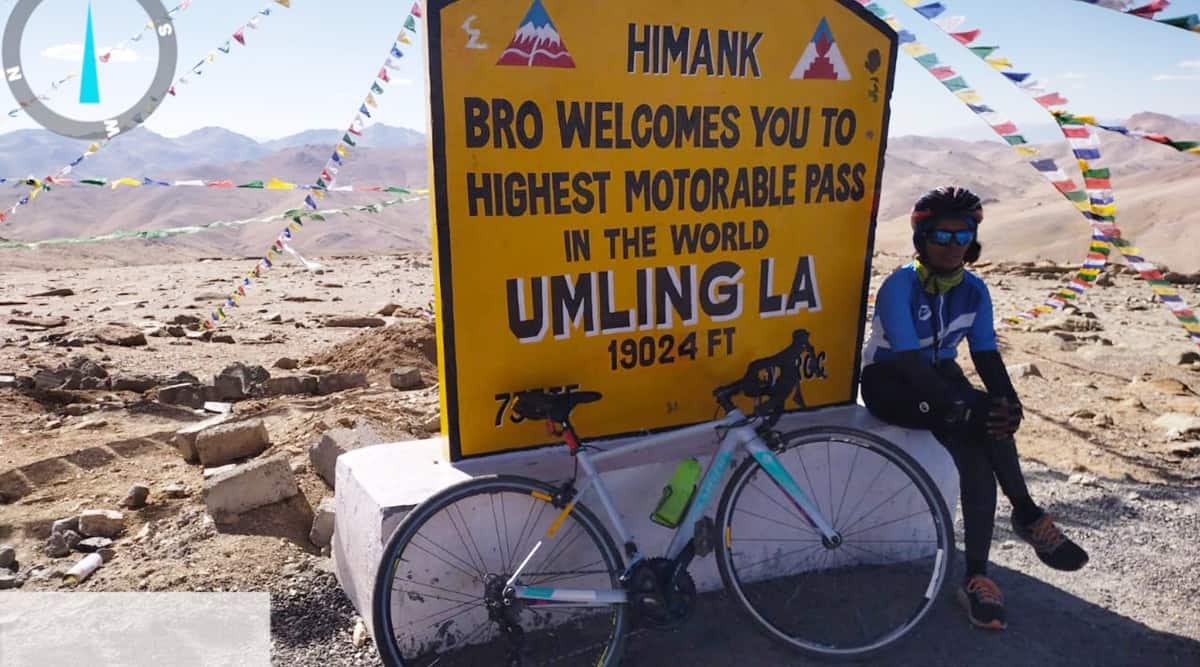 In a tweet, the Border Roads Organisation (BRO) wrote that she met the requirements of the Guinness World Records after completing the journey which was at an elevation of 8,000 metres.

“Congratulations Ms Preeti Maske- It’s a Guinness Record. 55 hours and 13 minutes, is all she needed to cycle from Leh to Manali, approx 430 km. The ultra cycling effort in high altitude terrain with reduced oxygen availability speaks volumes of her tenacity and determination,” read the post.

55 hours & 13 minutes, is all she needed to cycle from Leh to Manali, approx 430 km. The ultra cycling effort in High Altitude terrain with reduced Oxygen availability speaks volumes of her tenacity and determination. pic.twitter.com/tGDjzKcAhm

The accompanying video shared glimpses of her record-making journey in which she endured snowfall coupled with some terrain issues.

Dedicating her win to the BRO, Preeti took to Instagram and wrote: “Terrain was challenging with elevation and constantly changing weather. BRO team was with me for almost everything.”

The ace cyclist also holds the record for completing the Golden Quadrilateral route — Pune-Bengaluru-Chennai-Kolkata-Delhi-Rajasthan–Mumbai-Pune — in 24 days and six hours.

Talking about her diet and nutrition, she said: “I ate locally as much as possible. Even as a vegetarian, I could procure enough to keep me going. Also, my endurance run trainings helped me acclimitise fast and kept me going.”

“I recently participated in another high-altitude women’s cycling expedition — Tour-de-Kailash in Uttarakhand — for which I cycled at 3,400 meters on the Indo-China-Nepal border,” she recalled.

Admitting that adventure keeps her on her toes, she hopes to do the East-West corridor next — from Arunachal Pradesh to Gujarat — which would be “difficult but definitely possible”. “My motto is women empowerment and to prove that every woman can do anything if they put their heart and mind to it,” she said.