The philosophy of this day centers on promoting indigenous looms, arts, and crafts while empowering the rural poor and the urban poor communities, self-help groups (SHGs), micro-enterprises, and home-based entrepreneurs usually excluded from the formal market support systems. Such an initiative to promote the Indian handloom and handicraft sector further provides an impetus to the ‘Atma Nirbharta’ and ‘Vocal for Local’ campaigns of the Government of India, in addition to strengthening urban, rural, and forest livelihoods.

Every year exhibitions, fairs, and haat-bazaars are organised to celebrate Handloom Day, supported by the government departments, ministries, other government offices, private entities, civil society, and individuals. Celebrities, bureaucrats, and politicians don the choicest handloom wear, sarees, traditional attires, and clothes made of Khadi, gamchas, and dhotis, and contribute to the living tradition of Indian handlooms.

Handicraft and handloom also strengthen our approach to soft power and diplomacy. Gifting Indian handicrafts and handlooms through paintings, sarees, artefacts, or Khadi diplomacy revives the living legacy of Indian art and craft on the global map.

For instance, in the recent past, Prime Minister Narendra Modi promoted a range of handicrafts on the global scale through soft diplomacy– a silver Meenakari bird figure from Varanasi, Pashmina, Sanjhi art, Dokra and brass metal crafts, Gond art, Pattachitra paintings, Rogan art — by means of presents to foreign luminaries. Rogan painting is, in fact, no longer practised widely in Gujarat, and such a gesture brings the focus on reviving the art form.

This space has covered such magnificence and diversity of Indian handlooms. At the forefront of this sector are the SHGs, micro-entrepreneurs, primarily craftsmen and women. There are over 7 million SHGs in India supported by the National Rural Livelihoods Mission and the Deen Dayal Antyodaya Yojana Urban Livelihoods Mission (DAY-NULM) — schemes of the government of India that have relentlessly provided gainful employment and income support to handicraft, handloom, and other micro sectors engaged in making indigenous, local products. Additionally, the handicraft and handloom sector is the second largest employer in rural India after agriculture. According to the latest Handloom Census (2019-2020), there are nearly 31.44 lakh handloom households in the country.

In addition to their tradition, women SHGs and the handicraft and handloom industry have been adapting to the market needs, especially during the pandemic, and have since diversified. This space last year examined how SHGs and artisans manufactured masks and other medical necessities utilising their impromptu agility and creativity.

This year the handloom celebratory week coincides with the government’s ‘Har Ghar Tiranga’ campaign, an initiative under the Azadi Ka Amrit Mahotsav encouraging people to hoist flags at their homes and contribute to nation-building in the 75th year of Independence. This is being done to honour Pingali Venkayya, the designer of the Indian National Flag, whose birthday falls on August 2.

Women-led SHGs have been trained and engaged in making National Flags and tricolours according to the guidelines specified in the National Flag Code. For instance, Tripura Urban Livelihoods Mission has been involved with SHG ‘didis’ to manufacture the flags. Women from ‘Apsara’ SHG in Ambassa and Kamalpur Nagar Panchayat in Tripura have made these flags, along with others. These are available at SHG stalls, post offices, and government offices. In Assam, SHGs have put a stall outside the state secretariat for people to purchase the flags. Mini Bala Bargayary, a Bodoland Territorial Region (BTR) development fellow, says, “The women engaged in Kokrajhar, as well as other districts of the BTR, for instance, are skilled in handloom and other activities like silk rearing. Their major challenge is the lack of market visibility, accessibility, and exposure. The government is working relentlessly toward addressing these gaps.” It is essential to note the importance of stitching and sewing as critical skills that empower women and strengthen the handloom sector. Sewing machines and handloom infrastructure have made them self-reliant, offering alternative incomes. Similarly, Aanchal Sankul Sanghathan, a woman-led SHG in Padumtara village of Rajnandgaon district, Chhattisgarh, has also made the flags.

A unique initiative toward strengthening craft-based livelihoods and the handicraft industry is engaging women in weaving bamboo or eco-friendly rakhis for Rakshabandhan, days after Handloom Day. Bamboo handicrafts and silks made from fibre have gained supremacy in production, consumption, and sustainability discourses and are widely popular. Women-led SHGs and artisans from Uttar Pradesh, Odisha, and other states are unique and have been engaged in making rakhis with cotton and bamboo fibres. These rakhis are sustainable and eco-friendly. For example, the rakhi initiative in Lakshmipur village of Gorakhpur district in Uttar Pradesh is an instant hit among women and enables their livelihoods further. Shri. Vikas Yadav, District Forest Officer, Gorakhpur, Uttar Pradesh, says, “The Bamboo rakhi initiative is making women and SHGs economically independent and self-reliant while encouraging them to unleash their creative potential.” Rakhis worth INR 1 lakh shall be produced under this venture. 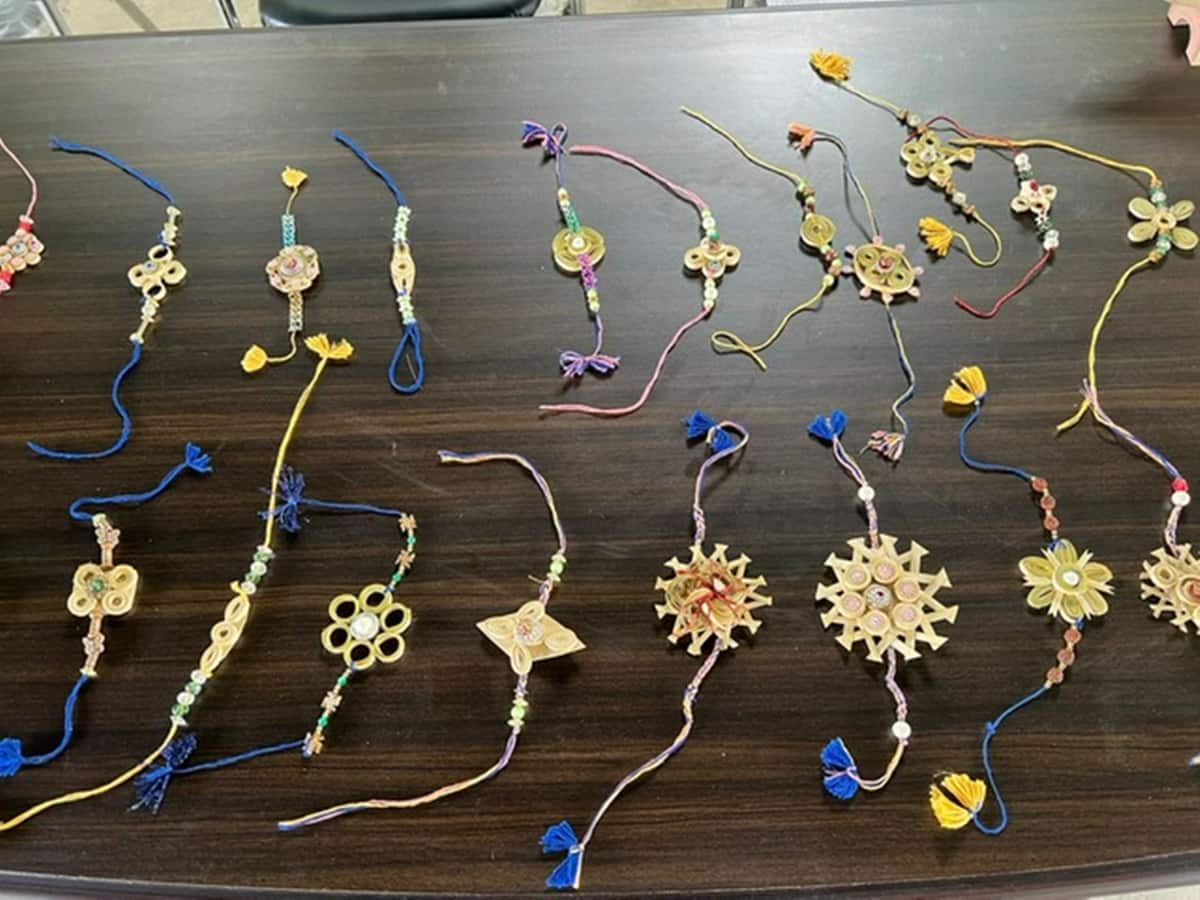 Celebrating Handloom Day and empowering women-based groups and entrepreneurs are essential for strengthening the handloom sector. The Telangana government is all set to announce a life insurance scheme for handloom and power loom weavers, benefitting around 80,000 people. Strengthening urban SHGs is a welcome step under schemes such as the National Urban Livelihoods Mission. The pandemic brought to the surface the invisibility of the urban poor and the plight faced by poor communities living in cities. SHG-based entrepreneurial activities such as producing masks, sanitisers, garments, and flags this year in urban areas are significant steps toward urban poverty alleviation.

In general, capacity-building support programmes, digital literacy, financial literacy skills, and infrastructural support are needed to strengthen the vast human capital of India’s SHGs, which will enhance the agriculture, handloom, and handicraft-based enterprises.