Ukrainian President Volodymyr Zelenskiy, who has been fighting a Russian invasion since February, is being made into an action figure by a product design company in Brooklyn, New York.

FCTRY launched a Kickstarter campaign to fund production less than two weeks ago. It hit its $30,000 funding goal in just three hours and has since raised over $120,000. For every figure sold, $1 goes to Ukraine in the campaign which ends on Friday.

A 6-inch (15-cm) tall clay prototype of the Zelenskiy action figure, molded by Seattle artist Mike Leavitt, will be mass produced in plastic in China. It is expected to ship by March. “The way we framed him in the campaign is ‘the unlikely hero,’” said Jason Feinberg, FCTRY’s chief executive and creative director.

“He’s the perfect leader for this moment, just this super inspirational character. He has this real strength that comes across, but it’s humble and he sort of represents the opposite of everything that we’ve come to associate with politics.” 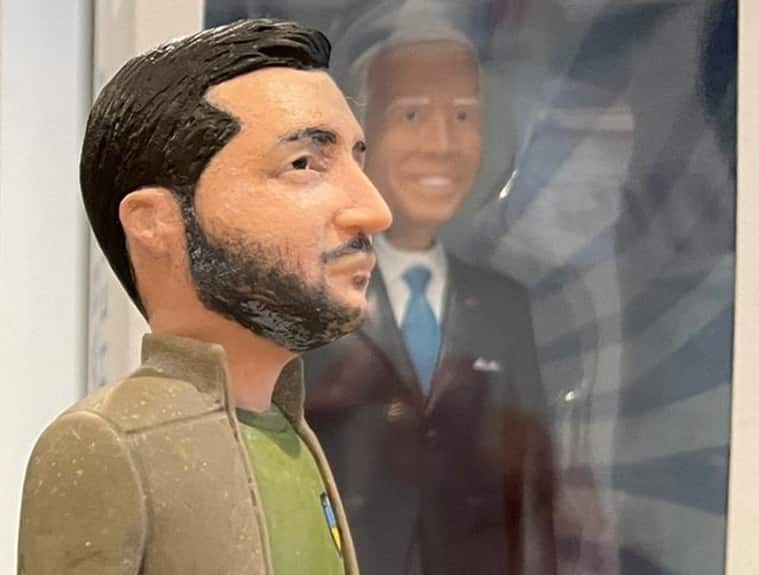 A prototype of the Zelenskiy action figure in Brooklyn, NY. (REUTERS/Roselle Chen)

Zelenskiy, 44, a former comic actor, swept to power three years ago promising to end a war with Moscow-backed separatists in eastern Ukraine.

A shrewd communicator, he has won global praise for his defiance in resisting Russia’s devastating invasion of his country. Russian President Vladimir Putin sent troops into Ukraine on Feb. 24 in a what it calls “special operation” to disarm and “denazify” the country.