The Anne Frank House museum is releasing an English-language version of three videos in which an actress playing the young Jewish diarist describes the last six months of her life, from her arrest to her death in a Nazi concentration camp.

The English version of Anne Frank – After the Arrest is set for release on Thursday, 78 years to the day since Anne, her parents, her sister and four other Jews who hid with them in a secret annex of an Amsterdam house were arrested. Two non-Jewish helpers also were arrested.

The Frank family members hid in the annex from July 1942 until they were arrested in August 1944 and deported to concentration camps. Only Anne’s father, Otto Frank, survived. After the war, Otto had his dead teenage daughter’s diary published, and it has since been translated into more than 70 languages. The building housing the secret annex was turned into a museum in 1960.

The videos being released Thursday were previously available in Dutch. They pick up where the diary ends, depicting what happened to Anne and her family after their arrest. Eyewitness accounts provided some of the information.

The actress playing Anne speaks to the camera in between harrowing scenes of the arrest, transportation and the inhuman conditions and treatment of Jews in the camps — first Camp Westerbork in the eastern Netherlands and later Auschwitz and Bergen-Belsen. Anne, 15, and her older sister, Margot, both died of typhus shortly before Bergen-Belsen was liberated. 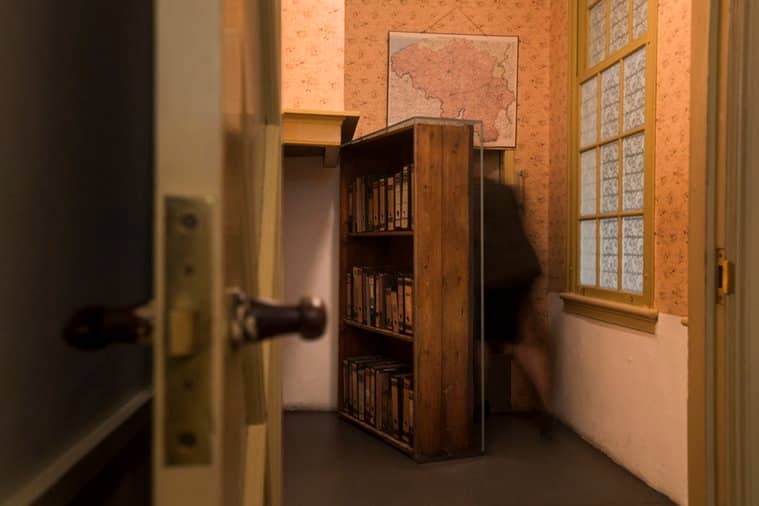 The video’s creators worked with the museum and Dutch public broadcaster NTR to develop the series.

“It makes a deep impression to look through Anne’s eyes at the last months of her life; the terrible time in the camps,” the Amsterdam museum’s executive director, Ronald Leopold, said in a statement Wednesday.

“With this sequel, we’ve answered the questions of many young people about what happened to Anne after her arrest, the period she couldn’t describe in her diary,” he added. “We hope to reach even more young people worldwide with the English-language version of ‘Anne Frank – After the Arrest.’”

The three episodes, each about 15 minutes long, will be available to view on the museum’s YouTube channel from 9 p.m. (1900 GMT) on Thursday.